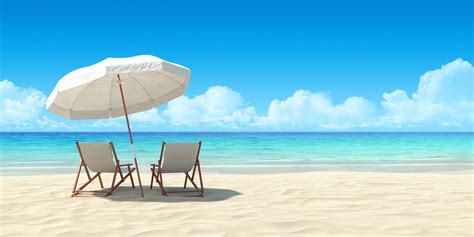 Ever been on a vacation before? I know I have. One day it was like any normal day but then 6:00 in them, morning we all hopped out of bed and went to Orlando, Florida and you guessed it, we were going to a place called Disney World! I was so excited but you couldn’t be interruptive on a plane so I kept my lips shut. When we got there we rent a car and went to an inn. I remember trying to beat Clutter funk in Geometry Dash when I was there. They served breakfast for us in the inn so we didn’t need to go anywhere like Olive Garden or something. After a few days of just shopping with my mom we went to a hotel which had Wi-Fi! Just that I got sick there and also beat the level Clutter Funk.

Great, after a day after me being sick we went to Universal Studios. There goes about a few days of my time there. I got to sleep a lot because we went to Harry Potter land at the first day chose our wands and got out. My brother was trying out the wands while I was at a bench lying down and trying not to puke. I remember that we were in the audience at a meeting with a spaceman and after that I puked. Good thing my dad made me puke in his hat. Still disgusting though :p.

The second day at Universal Studios and my dad was like “hey kid, maybe you should try that pretty small Roller Coaster. I was like ahhhhh yeah. That time I actually didn’t puke or anything so I was like hey, maybe I’m better now! Next thing I know I’m on the Hollywood Rocket. Look at this picture. It was so hot too. There was so many people but I thought it was worth but my brother did not. Should’ve known that if we waited until night time there would be less people which is shorter lines but we already did it. It was very scary and it felt like the seatbelt was going to fly off! Now lets show you the picture.

Yeah, should’ve known it was going to be a rough ride. There was more to it too! The weirdest part was when we were going straight up. Also, you had to be less then a certain height or else I think you can get decapitated. Yes, very scary. Now, I was a big fan of roller coasters. I went on a bunch of them with my brother went on one twice but my brother got mad at me :p, I think it was called “THE HULK” or something. It was pretty awesome overall though. We also went to Disney World which I though Space Mountain was one of the best rides. I also ate the turkey there which was kind of hard. We also played one of those car shooting games and my dad did beat all of us but my brother was really close to him, or the opposite. The memory is kind of hazy since it’s been two years. It was a real adventure and I hope I can go there again in the future. Anyways I hope you like my extra long blog today and I will see you guys next time!

I am so proud and humbled to be awarded as dual Microsoft MVP (Microsoft Azure, Cloud and Datacenter Management) for this year.
Congratulations to all my fellow MVPs! #MVPBuzz @MVPAward

How to configure notification with Free SendGrid account of Azure for Veeam Backup for Microsoft 365 https://carysun.com/how-to-configure-notification-with-free-sendgrid-account-of-azure-for-veeam-backup-for-microsoft-365/
#Veeam #Veeamvanguard #Microsoft